Just to make things clear, According to Google…

Any Android device other than these mentioned above, does not support the ARCore SDK.

How to install ARCore for all Android devices

ARCore is Google’s take on Apple’s ARKit. They developed it from the same software technology used with Tango, Google’s first Augmented Reality SDK.

To get ARCore on any android device you need a modified version of the ARCore services file. We tested this method on Samsung’s galaxy s7.

Step 01: Download the modded ARCore service APK file, also termed the Tango SDK file. You need this file to run apps that use augmented reality features. Why do you need to download this file?

Well, because this is what Thomas Suarez created as a substitute for the official Google ARCore service apk file. He conveniently removed the checks for supported devices. So if you have an ARCore unsupported android device and you try to download the ARCore services file from Google’s official ARCore guide page, you will be prompted by an error saying, ‘AR is not enabled on this device’. That won’t happen with the modified version.

Step 03: Now you need to install both files on your Android device.

You can either choose to delete or keep the file. It won’t matter.

Step 04: After installing there is one more step and then you are good to go. Go to the app settings of you Android device. Locate both files, the ARCore service file and the HelloAR file, and enable any required permissions.

Once you have them enabled, launch the HelloAR app. You should get a camera interface with a feature grid marking whatever surface the camera sees.

Now you can run Augmented reality apps on ARCore unsupported devices. However, there were still be some devices that failed to launch HelloAR. That is because ARCore is still in it’s developer preview stage. There are bound to be some errors and bugs. Even though Google has promised to make ARCore available on millions of Android devices, there is still time until that happens. You can either choose to wait for the stable version or try experimenting with this developer’s preview of ARCore.

HOW TO USE ARCORE

Launch HelloAR and you will get that camera interface I mentioned above. Depending on the device, it will take some time to analyze the environment around and track the world.

Once you see a grid displayed, start mapping the world by moving your phone and scanning the area around you. Take a good sweep and generate a smooth mapped field. Tap on the screen and you can place AR objects. By default, ARCore lets you place little Androids staring at you. 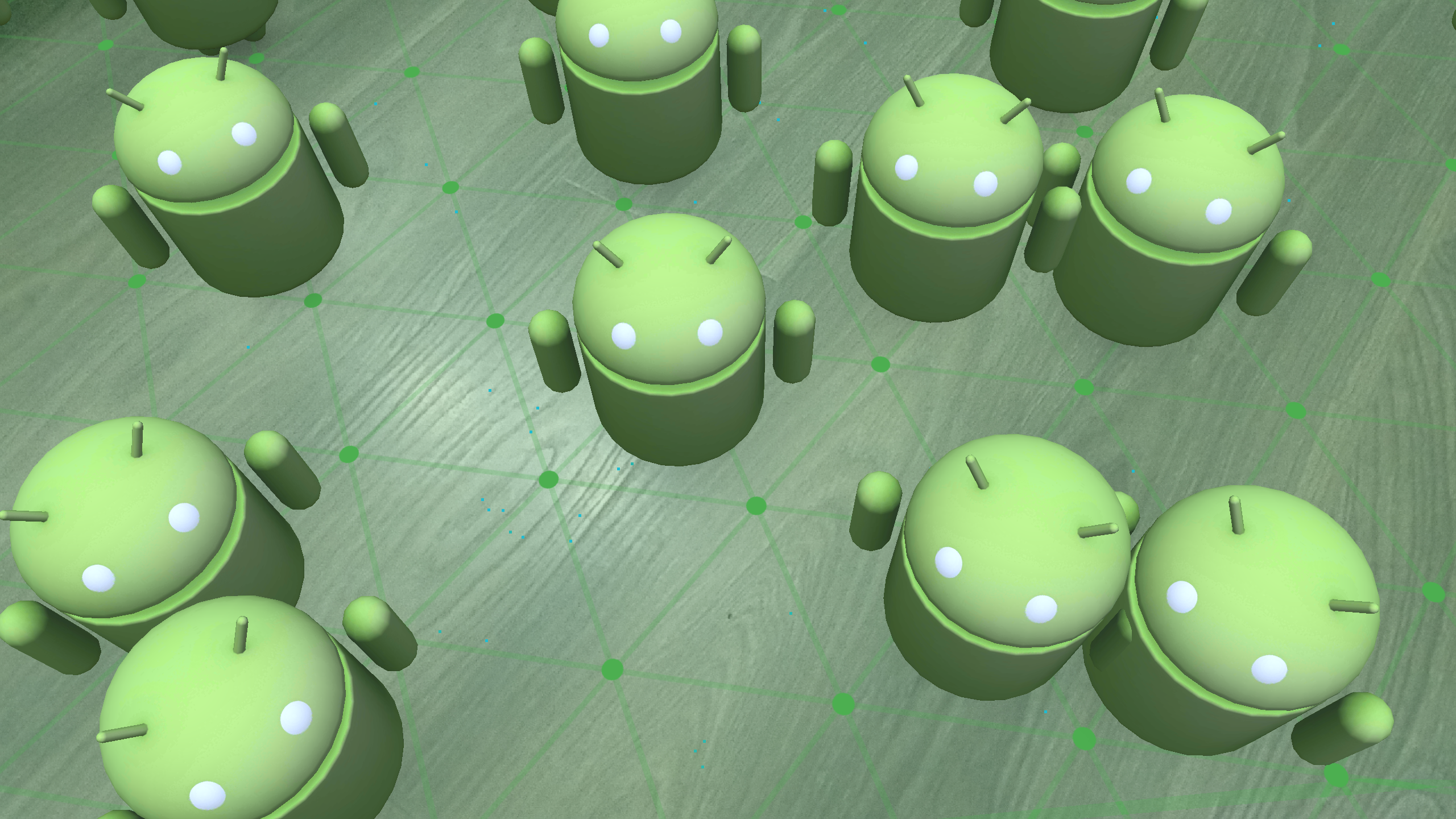 A little cool thing to notice here, once you have marked a surface and placed your AR objects, if you move around and come back to the same spot, ARCore will remember the surface you marked and keep your AR objects in the same place you left them. This is one of the new added features in this version of ARCore developers preview.

Now you can download and play various AR games and apps. Your experience might differ from device to device, let us know in the comments section if this method worked for you.