Okay, how did a game from 1998 survive this long and still attract so much attention?

It was one of the first role playing games that gave full control over the character (MR GORDAN FREEMAN) and has, ever since, influenced many first person shooter games (FPS).

But is there no limit to the fame of Half life?

Yes there is, but true fandom never dies, right?

About a year ago, you must have heard a lot of buzz around half-life2:  VR mod

That’s probably because the hype train from a fan created half life vr mod reached the guys at Valve and they decided to bring HL to virtual reality and that too on Oculus Rift and HTC VIVE (Yupiee! )

For the simpletons, with “what is a game MOD” question, a game mod is short for “modification”.

It simply means an added functionality or some “short” to “huge” modification in the original game, like creating a new level, or a new weapon or adding something in the game play – See, nothing that “sciency”.

Back to track, so what happen was

A group of people, in 2013, created a HL 2: VR mod which you could use to play Half life in virtual reality. It gained so much popularity (thank you half life fans) that it got “Greenlight” status on the STEAM community – meaning, enough people wanted a remodel of the game in VR, thus setting the status for this game as “Green” for the said development by Valve. 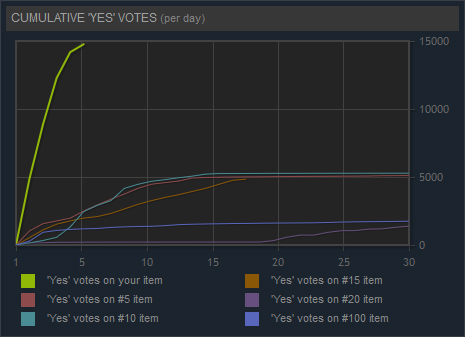 Half life vr represented by Greenline

Although there are still a lot of community-made HL VR mods that let you play on Oculus Rift and HTC Vive but they contain bugs, glitches and limitations, which for a gamer, can only do so much!

Here is one of them:

So Why Should You Play Half Life 2 In VR?

If you are a Half life fan, just smile and scroll down to the reasons and brace for a VR- full Gordan Freeman impact (hopefully soon).

For the rest of you (how dare you not play Half life!) The new update coming from the guys at Valve will be like nothing you have ever played before. Although the developer team is “hush hush” on the Half life project, but here are some of the key features, and therefore our reasons, we caught from the teaser trailer of Half life 2: VR.

A role playing nostalgic game on one of the top high end VR headsets! What more do you want?

The Valve development team promised they are making it specifically for HTC Vive and Oculus Rift. With a promise like that, you know it will be great on graphics, the horror experience and the fight!

Half life 2: VR will have a separate User Interface for VR mode. You won’t have to find a cheap way to work the normal UI and force a “VR Interaction”.

Remember the weapons? The .357 magnum, the satchel charges and my most favorite – handy in all times- the crow bar!

Now imagine using those weapons in full detail and splendor. Specially, Reloading that magnum with your own hands. What scene popped up in your head? Some- matrix scenario or a full on cowboy style?

With this HL 2: VR release, the weapons will be Viewable from all angles and  More realistic, doubling on the hack and slash experience of the game.

This, to my understanding, probably means there will be multiple ways to move through the game in VR mode. The more ways the better! Eh?

Jus FYI, Oculus is on an Exploration mission to experiment with 8 type of Locomotion Methods

The teaser trailer also promises new visual effects – better than before, high quality textures, new maps – probably this time the game will be lengthier, and new models as well. All that with HDR Lighting!

Convinced with the reason, how to get HalfLife VR 2: mod by Valve?

At whatever rate, (really hope its light speed fast) Valve is working with the developers to release Half-Life 2: VR ready on the Steam platform. It will be a free to download (yet another reason to play HL 2 : VR :p ), but to be able to run it, you are going to need the purchased version of Half-Life 2, along with Half-Life 2: Episode One and Episode Two on Steam.
So hurray to the people who already have it! (Y)

Yea, you and me both, would love to know that BUT the development team at Valve is not giving any specific indication as to when the game will be actually released, other than just saying “it will be soon”. I learned that from an announcement on Steam.